An Analysis of the Use of Imagery in Bodybuilding: A Case Study Abstract 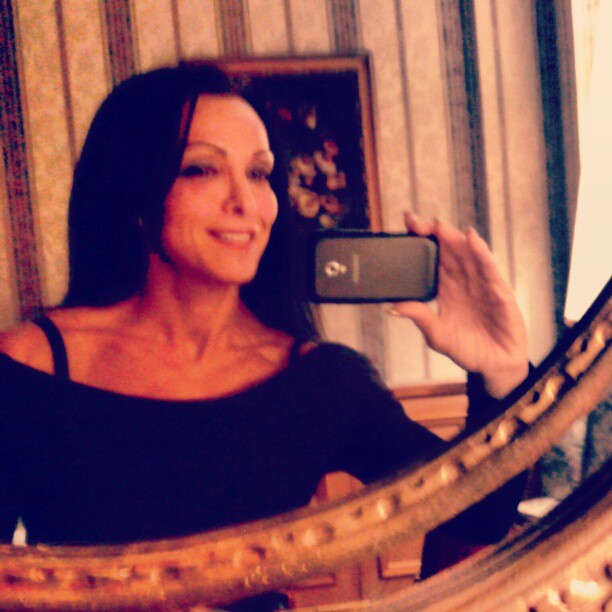 This work was written for the Coursera course: Prof. Denise Comer, English Composition I, 30-12-2019

This case study researches imagery in strength sport performance and particularly in Bodybuilding.

Most competitive bodybuilders do pre-lift visualization to improve their workouts. The study assumes that bodybuilding is a discipline which strengthens the body while fully engaging the mind; although, it is not conventionally included in the mind-body disciplines and it is perceived like very far from mental training. Every activity in our life can benefit with mind training, bodybuilding is no exception.

The main question raised is how imagery can be implemented in nowadays fitness lifestyle in order to help people to improve either in a rehabilitative situation or in an elite performance contest – either the performance is a lift or an aesthetical result.

The key problem was not if imagery works in strength training. Research shows you dramatic results when you use your mind – visualization or imagery, for instance – in sport. Scholars even made up the locution “mental (IMC) strength training”.(Reiser, M., Büsch, D., & Munzert, J. 2011).

On the contrary, you need to understand how it works so that you can teach most people how to perform.

Many champions, Arnold Schwarzenegger above all, have their own opinions and strategies when it comes to imagery before a workout and/or a competition. I researched what the state-of-the-art psychology and neurosciences has to say to that matter bringing forth a modern approach in contrast to the past studies addressing Bodybuilding as it was in the 1970s. (Locks, A. , Richardson, N. 2012).

I had to start from anecdotal experience and a vast popular literature in the magazines about the use of imagery, since science was slow to validate most of it.

In the decades between 1970s and 1990s bodybuilding had become one of the most popular areas of study in Cultural Studies, Sport Studies, and Social Sciences.

Nonetheless, there has always been surprisingly little scholarship available on the mind in Bodybuilding.

However, I examined the latest scholar articles looking for – and finding – evidence from Neurosciences. Nevertheless, to date I may review a pretty vast body of literature as for imagery and strength training. Studies reveal that nowadays approaches are strongly informed by Neurosciences. Strange enough, there are really few studies about the mind in bodybuilding on behalf of Psychology and Humanities.

In the literature it is well established that mind training is effective for improving motor skill performance in accurate and speed tasks. (Feltz, D.L. and D.M. Landers, 1983), (Gentili, 2006), (Gentili, 2010).

Most of the literature talks about attentional focus. A compelling body of research indicates that performance is optimized by adopting an external focus of attention (the exerciser’s attention is directed to the environment). In his meta-analysis encompassing over 50 published studies on the topic (Wulf, 2013) found that more than 90% of these studies showed superior improvements in motor learning when subjects used an external compared with internal focus.

It means that how the performer thinks determine a difference in the performance and most studies suggest that “external focus is a conditio sine qua non for athletes” – as Wulf entitled his study too (Wulf, 2015, p. 1). If the athlete is cued in a squat with “squeeze your glutes as you ascend” can perform less better than if cued “drive the floor away from your body.” (Wulf, 2015, p. 1)

However, in the imagery before or just a few seconds before the exercise, it helps more if the athlete is cued or self-talks about internal focus (“squeeze your glutes as you ascend”), i. e. if imagery about the body (internal attentional focus) is used. In that case, imagery with internal focus seems to be more successful. There’s a greater activation of a given muscle when athletes are instructed to adopt an internal focus of attention. Karst and Willett (Karst & Willett, 2004) show it in the abdominal musculature and others in other body parts. (Snyder & Fry, 2012)

Schoenffeld & Contreras (2016) suggest that the molecular signalings for all 3 primary mechanisms of muscular hypertrophy (mechanical tension, metabolic stress, and muscle damage), are increased when the athlete focuses their attention internally. This could ultimately result in greater muscular development – and an improved physique. (Schoenffeld & Contreras, 2016)

This case study reinforces the assumption that there is a peculiar and comprehensive use of the brain in the performance even in a mass leisure activity that seems related just to the physical aspect — as bodybuilding is mainly perceived.

However, I point out that mental imagery should not be overpracticed and there are studies to confirm it. It looks like there must be a mix of approaches and cognitive states. I suggest to further study the mix of internal and external focus that is needed in bodybuilding and fitness. Also, I propose to link those studies about Athletic Mental Energy (AME) to the ones about Default Mode Network (DMN) and Focused Mode in Neurosciences. Training, learning, and imagery are deeply interrelated and understanding how the brain learns may help you to learn how to be successful in your performance.

DMN is a network of interacting regions that is active when you are not focusing on the outside world – it would be interesting to evaluate its relationships to imagery. Some studies have already characterized the components of the human imagery system.(Daselarr et al., 2010)

Other fields of research have also shown that visual imagery involves a network of brain areas from the frontal cortex to sensory areas, overlapping with the default mode network, and can function much like a weak version of afferent perception.(Pearson, 2019)

One study suggested that mental imagery can be a partial surrogate for real training when real training is not possible. (Reiser at al., 2011)

A great opportunity which points out the importance of this subject matter is creating mental tools against doping. Although now there’s a big buzz about neurodoping and transcranial direct current stimulation (tDSC) has gained popularity, the latest scientific studies do not seem to support its effectiveness. The thesis was the following “if exercise is to some extent determined by brain activity, then stimulating brain areas related to exercise should improve physical and sport performance.” (Holgado et al., 2019)

Instead, I suggest investigating the ergogenic effect of thought – and not of brain stimulation – to find how to increase sport and exercise performance. The hint is that it may be something outside the mechanistic approach of cause-effect and we may reasearch into the Quantum Field Theory.

Since there are several principles of success to improve performance, the question is selecting the right tool to help people in the fitness lifestyle. Since bodybuilding creates the perfect body through training, I consider that any imagery that activate and increase muscle contractions is functional to the worthy goal.

The analysis of literature showed that many works are devoted to measure percentage of weights during lifts. What I suggest is to scientifically measure the success in getting the imagined goal. A challenge may be to find appropriate objective methods for it.

On reading the cited works, imagery is effective in improving voluntary muscle strength without or adjunct to physical exercise and even if applied before – also seconds before in a PETTLET approach – the exercise. I also suggest to further investigate how this can be applied to the two extremes, rehabilitation and elite athletes.

The imagery power is well-documented also by the presence of the cross-over effect – where training one limb evokes strength gain in the other limb – that occurs with mental imagery training. (Sale, 1988; Staruck & Eston, 2012; Weir et al., 1995; Yue & Cole, 1992). However, imagery can be effectively utilized between sets (Lebon et al., 2010) without causing of neurological (brain) fatigue. (Rozand et al., 2014)

A different yet similar path is related to the studies of electronic sports experience: “Electronic-sports have an important impact on the plasticity of the sensorimotor, attentional, and executive brain areas”. There are studies suggesting that e-sports experience is related to the plasticity of the central executive and default mode areas. My question is – cannot be the same with imagery? (Diankun et al., 2019)

Insights given from my meta-analysis suggest promising approaches for future research into sports and fitness. Hopefully they will correct and help the fitness industry in giving results to the emergent and increasing number of trainers and not only in selling products.

Feltz, D.L. and D.M. Landers, The effects of mental practice on motor skill learning and performance: A meta-analysis. Journal of sport psychology, 1983.

This website uses cookies to improve your experience while you navigate through the website. Out of these cookies, the cookies that are categorized as necessary are stored on your browser as they are essential for the working of basic functionalities of the website. We also use third-party cookies that help us analyze and understand how you use this website. These cookies will be stored in your browser only with your consent. You also have the option to opt-out of these cookies. But opting out of some of these cookies may have an effect on your browsing experience.
Necessary Always Enabled
Necessary cookies are absolutely essential for the website to function properly. This category only includes cookies that ensures basic functionalities and security features of the website. These cookies do not store any personal information.
Non-necessary
Any cookies that may not be particularly necessary for the website to function and is used specifically to collect user personal data via analytics, ads, other embedded contents are termed as non-necessary cookies. It is mandatory to procure user consent prior to running these cookies on your website.
SAVE & ACCEPT